Recently, thousands of gamers raged when a gaming company, Activision-Blizzard, took steps against a gamer. During a live broadcast of a Blizzard event, the gamer shared his support of the Hong Kong movement. Gamers felt betrayed because the company they loved seemingly pandered to China by heavily punishing the offending gamer.  This gaming company has a growing interest in China, and clearly hopes to grow its sales in one of the largest markets of the world. These gamers hope to force change in the company through protest and refusing to buy future products from the company. This brings up a few logical disconnects that I hope to address with this blog entry.

First, as a friend of mine pointed out, if Americans stop buying games from Activation-Blizzard, they may well have the effect of pushing the company to more heavily invest in China. After all, sales potential in China likely exceeds what the company currently earns in North America. Ironically, this would likely have the opposite effect intended.

Second, I would point out that companies only care about ethics only in so much that it impacts their bottom line. After all, growing profits to increase the return on investment for lenders is the goal of the vast majority of corporations. Companies have human resource departments to protect them from potential lawsuits and liability from employees, not to foster a spirit of teamwork.  Certainly, they may work towards the goal of teamwork and positive feelings, but it remains a means to an ultimate end of reducing liability potential. 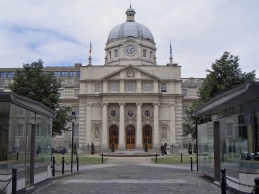 Government constantly creates regulations because, without them, companies take the shortest route to profits regardless of the impact to others in the community. Big Tobacco, for example, advertised relentlessly to children despite scientific proof of the damage caused by smoking and early addictions. They still do so in countries where laws have not been passed. They even paid money to government officials to try and keep those regulations to an absolute minimum.

Given that, I suggest we should not look to companies for ethical leadership. With their ultimate goal to increase profits, companies compromise and rationalize nearly any unethical, yet legal decision that pads the bottom line.

Government has the power to legislate ethical rules and guidelines. Yet, I would suggest that we do not look to them as our ultimate authority on the subject. After all, history is littered with stories of governments and leaders who led their countries down some very dark paths. Some of my favorite historical accounts to read include stories of Germans who stood up against their government when Hitler reigned. Often, these men and women paid the ultimate price for doing the right thing by standing up to their government. Furthermore, in some societies like the United States, most government leaders take their positions on ethical issues based on majority opinion. After all, to get the job, one must win the majority approval. 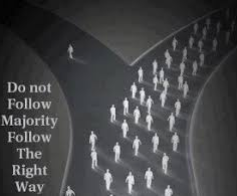 Yet, history shows that the masses change their opinions as often as the seasons.  A few centuries ago, the majority of Americans felt that smoking and slavery were fine, and that marriage should be defined by the union of a man and a woman. All of that, and so much more, has changed. Public opinion is easily swayed by the media and other propaganda machines. Knowing this, countries like China control such outlets with an iron fist. While we have free speech in the United States, that does nothing to ensure that such mass communications lead people down truly ethical paths.

If asked who they follow, most Americans would answer none of the above, of course. They would indicate that they make such decisions based on how they feel. This makes ethics an incredibly subjective process. Yet, we all would admit that this does not work in the long run. As Ravi Zacharias points out, if we run with the idea of subjective ethics, then you have no right to tell someone they cannot be a cannibal. After all, that is your own opinion. Yet, when push comes to shove, if the government gave you the option between having a cannibal for a neighbor or not, one would certainly wish the government exercise its muscle to prevent such an arrangement. 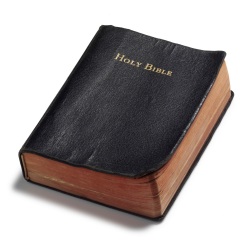 The Bible points out that the heart is wicked and deceitful above all things. No one can trust their heart. Yet, here in America, we have many movies, shows and songs telling us to do just that. Then we get upset when those around us follow through on this ideology and the results hurt us. With such a selfish, self-centered approach towards ethics, we should not wonder why our divorce rates run so high.

For these reasons, and more, I point to the Bible, the Word of God, as our ultimate guideline for ethics. The Bible not only gives us guidelines for living, but shows us just how far we have fallen. God’s Word teaches us that the heart of the matter is a matter of the heart. To simply create rules and force them on people will never lead to true, ethical living. To force a list of ethical behavior on people only addresses the symptoms of the true problem.

Instead, we must be born again. From our selfish hearts come selfish desires which lead to selfish deeds. The real solution involves a transformation of the heart. Such a miracle can only come from God. Yet, He freely bestows this gift on all who repent and call out to Him. While this does not lead to an immediate change to a completely ethical life, it begins the process of moving towards perfection in Him.

What we need…what you need, isn’t a list of rules, a leader or a group to follow.  What we need is a friend who can make a true difference in our hearts. His name is Jesus.

The Evil of Self-Affirmation

Think On These Things